But why should this quadrant require an approach to governance that is East-West dominant?  To understand this, we need to say more about ‘tempo’: 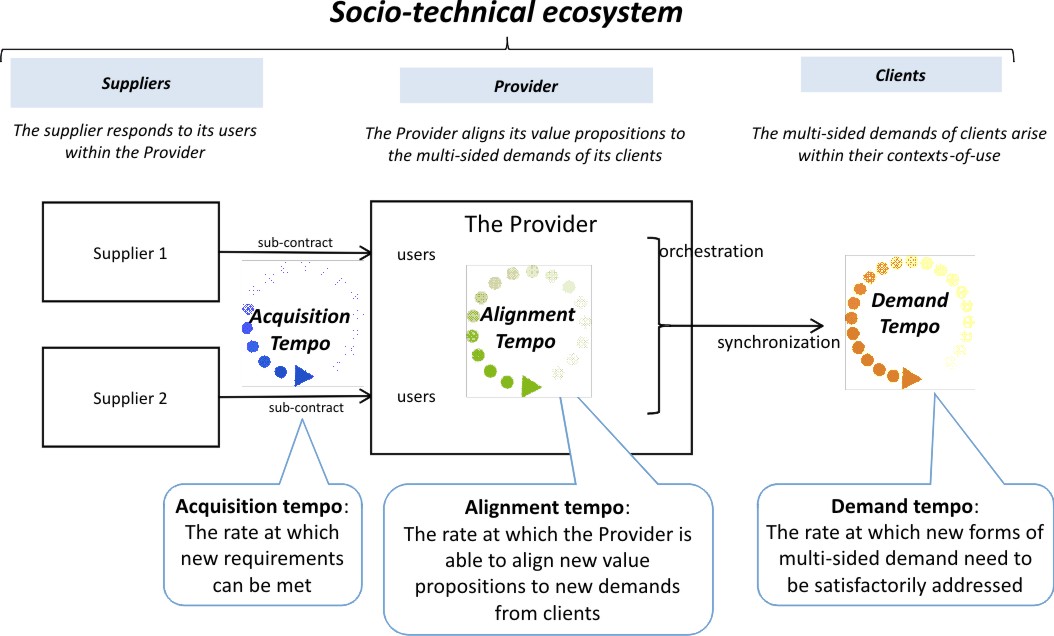 The normal assumption is that the tempo of change within each space can be considered independently – the spaces can be ‘disentangled’ from each other. This allows the classical purchasing cycle in the figure below to be used. This is the framing assumption characteristic of North-South dominance, implicit in which is the assumption that the ‘design time’ of the supplier can be disentangled from the ‘run-time’ of the Provider’s operational space [1]: 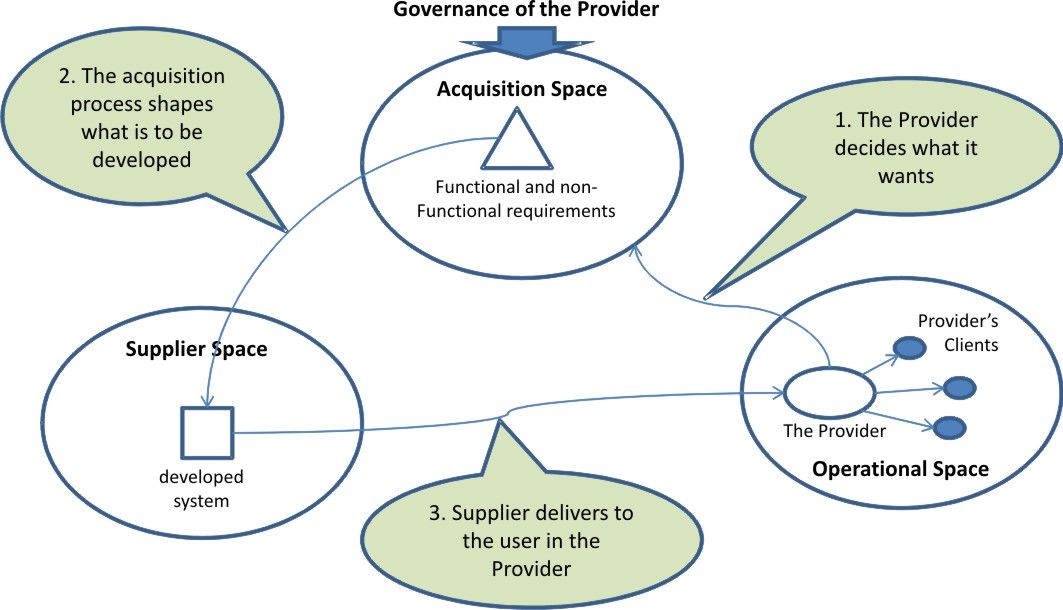 A different framing assumption is that the Provider is part of a socio-technical ecosystem, containing many systems of systems using overlapping and interlocking components, in which the way these systems are brought together has to be dynamically aligned to Clients’ needs.  This is the assumption of East-West dominance – there is no ‘design-time’.[2]  Under these conditions, a supplier is always adding a new component into the already ‘live’ environment of the Provider.  Its supplied component cannot therefore be ‘disentangled’ from the multiple contexts in which it is to be used: 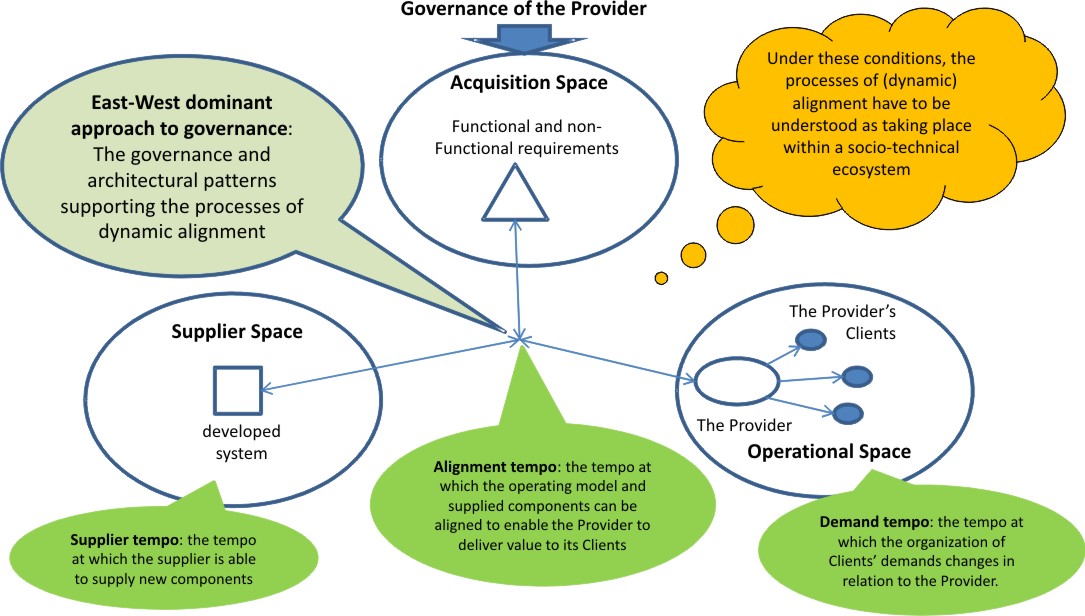 This entanglement demands asymmetric leadership of the Provider.  This involves keeping a balance between four different aspects of the Provider’s behavior: 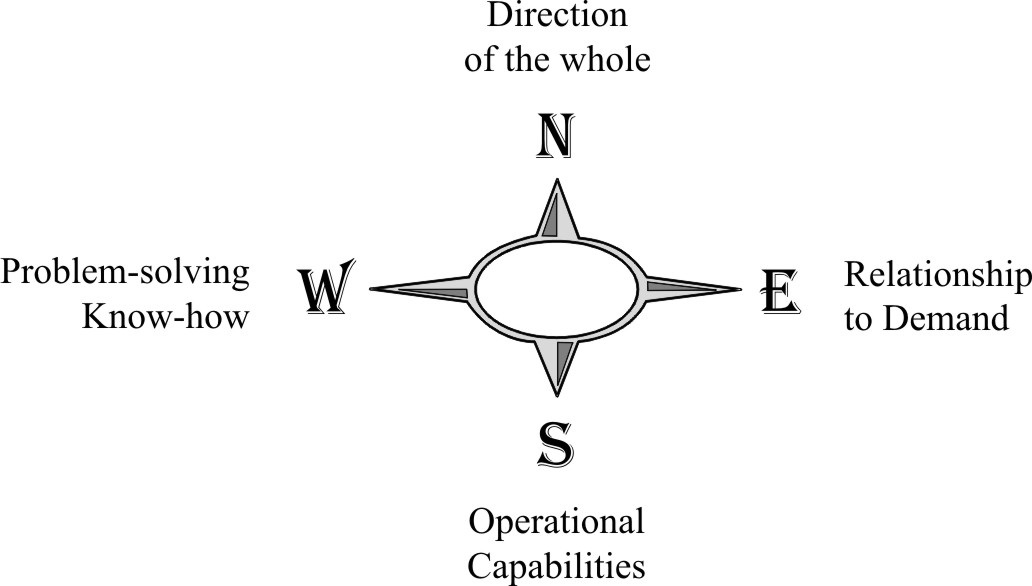 Notes
[1] ‘Design-time’ and ‘Run-time’ are ways of distinguishing a time prior to engagement with the Client during which a new proposition may be developed. ‘Run-time’ is the time within which there is a ‘live’ interaction with the Client.
[2] And no strategy ceiling therefore, since all aspects of the Provider’s response to the Client have to be ‘live’.
[3] ‘West’ involves a double alignment because there is both an alignment of the interests of those exercising know-how and also an alignment by that know-how of ‘South’ capabilities to ‘East’ demands.